Welcome to our website about salmon and salmon news.  The news section is currently being redesigned and we hope to be able to bring it back soon. In the meantime, you still have access to all our old salmon information and you can read about different types of salmon, salmon fishing and a lot more.

There is a total of one species of Atlantic Salmon.  There are several geographical populations than differ slightly from each other.  Some of these populations are endangered.

The Latin name for Atlantic salmon is Salmo salar. It is also called the king of fish. It is an anadromous fish species, which means that it lives in both fresh and saltwater.

Most salmon farmed in aquaculture is Atlantic Salmon and most of the large producers are Norwegian companies.  Many of these companies are very profitable and Barrons reported that there is gold to be gained in salmon.  In the article, they outline how it is worth considering investing in Norweigan salmon producers.  They identify 6 different salmon producers as potentially good investments. All sic companies are listed on the Oslo stock exchange. The Oslo stock exchange is a part of Euronext.  There are many brokers that offer trading on the Euronext.  This includes most large European and US stock brokers. The salmon stocks that Barrons recommends that you take a second look at are.

There are six species of Pacific Salmon.  All of them belong to the genus Oncorhynchus.

The Latin name for Chum salmon is Oncorhynchus keta. The Chum salmon can grow 50–70 cm long and weigh between 2–5 kg.

The Latin name for Coho salmon is Oncorhynchus kisutch. The Coho salmon can weigh between 3-7 kg. It can be up to one meter long.

The Latin name for Pink salmon is Oncorhynchus gorbuscha. Pink salmon is a salmonid that grows incredibly fast. During the first two years of the fish, it can be 70 cm long.

The Latin name for Sockeye salmon is Oncorhynchus nerka. Nerka is the Russian name for the anadromous form. They live in brackish freshwater and you can find them at a depth of up to 250 meters.

Species often referred to as Salmon

These species are not actually salmon species but are often referred to as such in their native range.

Arripis trutta is a streamlined fish with a long and slender body. There is a bony ridge edge of bone beneath and in front of each eye which has obvious serrations in smaller individuals. It is not an actual salmon or trout species.

This species is also known as the Huchen and redfish. The huchen is endemic to the Danube basin in Europe where the remaining population is threatened primarily by river damming.

The species is widespread throughout the tropical and subtropical waters of the world, inhabiting both coastal and offshore areas. It is a species of jack and is despite its name, not a salmon species.

Eleutheronema tetradactylum has an Indo-Pacific distribution and ranges from the Persian Gulf to Australia and Papua New Guinea. It is unclear how this species got its popular name, Indian Salmon since it looks nothing like a salmon species. 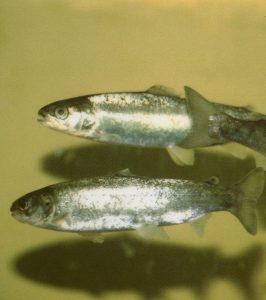 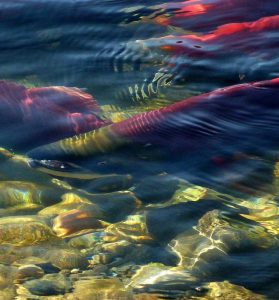 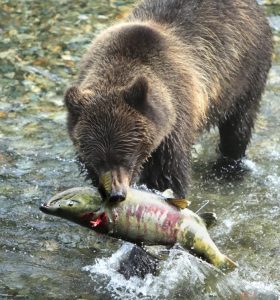